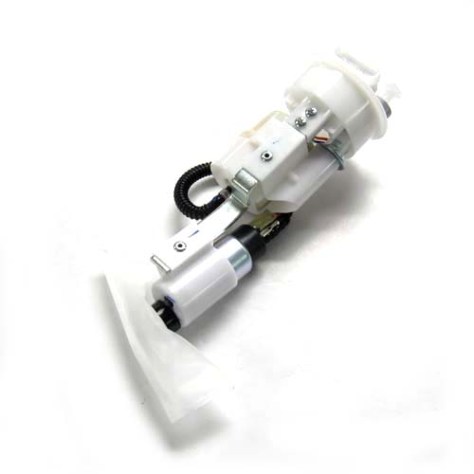 The voice of Mission Control faded out. At the same moment, the alert sounded.

“What’s wrong?” called Bowman, although he already knew the answer.

“The Alpha-Echo three-five unit has failed, as I predicted,” said Hal.

Scoot Richmond discovered Linda’s bike was part of a manufacturer’s recall to replace faulty fuel pumps. They’ve ordered a replacement and are installing it now. We should be able to retrieve the bike on Saturday.

We should have been notified about the recall, but perhaps Vespa wasn’t aware we had one. At any rate, the replacement is free.

This will probably solve our stalling-out problem but I’ll be keeping an eye on the bike – and thinking about the pump – all during this year’s ride.

Advice on the Modern Vespa website says Vespa pumps need a bit of care. As with most vehicles, the pump is inside the gas tank, but on this scooter, the gasoline acts like a coolant. So we shouldn’t let the gas level get below a quarter-tank.

That’s rather a pain in the ass, because it will force us to stop more often than we’d like. But we can handle it. I’ll still carry extra fuel aboard Terra Nova.

Motorcycles are said to have “character” when they develop a quirk that requires some looking-after. Older British motorcycles and pre-1984 Harley-Davidsons are famous for them.

So now the Vespa officially has character. And I have something that’s going to quietly haunt me to Nova Scotia and back.

One thought on “Unable to Reacquire (Part 2)”