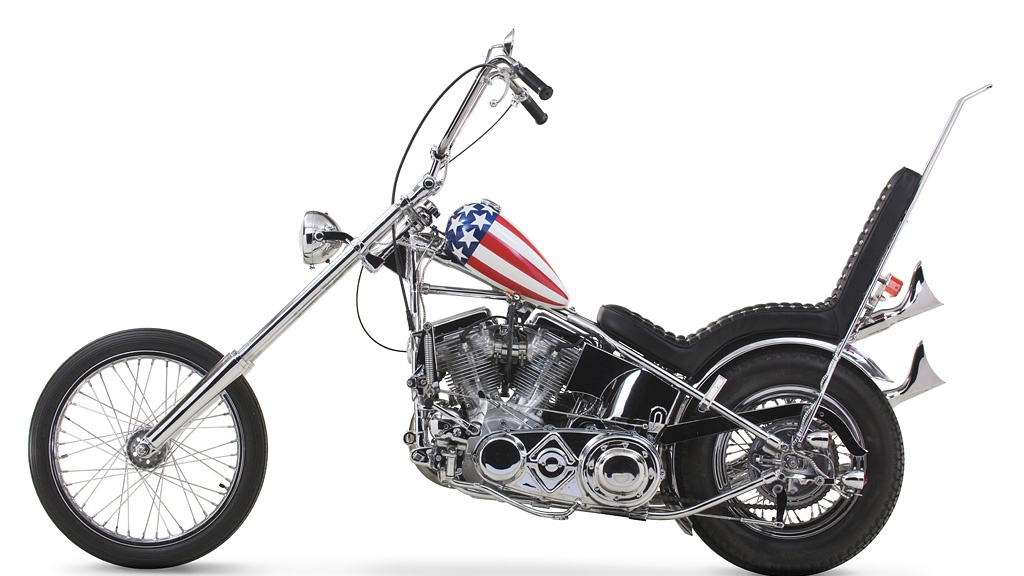 Though it’ll never be as famous as Easy Rider’s Captain America motorcycle, Prince’s Purple Rain bike gets pretty close as a movie icon.

It doesn’t take center stage in the film, since the movie isn’t constructed around the bike. It does have a good amount of screen time, more than you’d expect in a film about music. It’s even featured on the movie poster and album cover.

Besides the Easy Rider bikes, these immediately come to mind when I think about motorcycles in movies:

Mickey Rourke’s Harley in Harley Davidson and the Marlboro Man

Marlon Brando’s Triumph in The Wild One

I started thinking about the Purple Rain bike while researching Prince’s family tree for a USA Today graphic the day after Prince’s death. I was running a few of his songs on my personal laptop – just to keep me in the moment, you understand.

I’m not really a Prince fan, though I do like a few of his songs. I’ve seen the movie once or twice and the motorcycle always sort of stood out.

So I finished the genealogy, did a bit of reading, and put together a short article about the bike for USAT, seeking to answer the unasked question: Did he really ride, or was the bike just a prop?

As it turned out, Prince’s bike was a 1981 Honda 400 Hondamatic, one of Honda’s attempts at a motorcycle without a clutch. And Prince, I was gratified to learn, actually did ride that bike. He liked the Hondamatic because of the no-shift operation and because – since he was only 5-foot-2 – he could get on and off it easily.

The USAT story is here.

Steve McQueen, however, will always have the best motorcycle scene in any movie.

It’s near the end of The Great Escape, when he jumps the Triumph over the first fence but fails to clear the second and gets tangled up in barbed wire. As the Germans close in to recapture him, he reaches down and pats the gas tank of the Triumph as if to say, “Not your fault.” Not even Prince can beat that.

One thought on “Motorcycles in Movies”