Sept. 19 | Day 13: We find the store — “the ghostliest structure in the South,” author Paul Theroux says —  shrouded in kudzu on a lonely stretch of Leflore County Road 518.

Bryant’s Grocery Store and Meat Market is a collapsing two-story brick building in Money, a tiny community in Mississippi. The day after leaving Hattiesburg, Linda and I are stopping here on the motorcycle ride home from New Orleans, now 300 miles behind us.

This is a sacred place, worthy of attention. What happened here 62 years ago is still with us today. 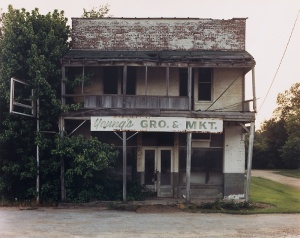 It was in this store, on Aug. 24, 1955, that Emmett Louis Till, a 14-year-old black teenager from Chicago, spoke with a white woman behind the counter and was horrifically murdered four days later in an act of brutality that shocked the nation.

Carolyn Bryant, 21, was the woman in the store. On Aug. 28, her husband Roy Bryant and his half-brother J.W. Milam, both white, came with guns to the house where Till was staying with relatives. They took Till away.

Till’s body, naked and mutilated beyond recognition1, was found in the Tallahatchie River on Aug. 31; he had been shot in the head. Bryant and Milam were tried for murder. Carolyn Bryant testified that Till had accosted her and whistled at her — a black man propositioning a white woman2.

After deliberating 67 minutes, an all-white jury acquitted the two men on Sept. 23.

Like Bloody Sunday on the Edmond Pettus bridge in Selma, Ala., 10 years later, coverage of Till’s death and the murder trial grabbed the national spotlight and helped drive the American civil rights movement3.

Though Till was a teen, his brutal death might have eluded national attention during those unforgiveable Jim Crow times — countless other African-Americans were killed by whites who also escaped justice — had it not been for two things:

Till’s mother, Mamie Till-Mobley, insisted on an open-casket funeral in Chicago. “I said I want the world to see this because, there is no way I could tell this story and give them the visual picture of what my son looked like,” she said. The Sept. 3 service drew 50,000 people. Photographs of Till’s body were published in African-American magazines and sparked additional outrage. Till was buried Sept. 64. 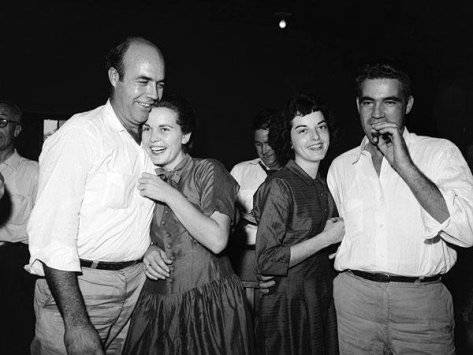 After the acquittal, journalist William Bradford Huie interviewed Bryant and Milam5 for a story that appeared Jan. 24, 1956, in the mass-market magazine Look6. The two men admitted killing Till and expressed no remorse. Despite the confession, they could not be tried again under the double-jeopardy clause of the Fifth Amendment7.

All this horror started here, in a simple grocery store that’s falling into itself. The roof is long gone, there are trees growing inside. The wood porch has collapsed. A sign stapled to plywood over broken windows warns trespassers will be prosecuted8.

We shut down the bikes and look around. A Mississippi Freedom Trail sign out front explains the store’s significance. We later learn this sign is new — someone fired bullets into the first one, requiring a replacement.

The road is quiet with only two or three cars passing by. It’s as deserted as a town after the apocalypse.

Across the street, there’s an abandoned Canada National railroad locomotive that looks as if its engine has caught fire. The building next to the store looks like a old gas station under refurbishment. But there’s no one around. 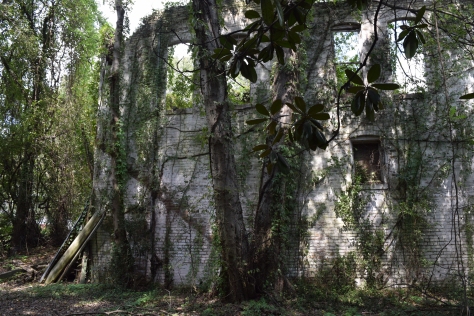 The store itself is cordoned off by orange netting, itself falling down. In the back, wood and old lengths of metal gutters are lying where they’ve fallen. On the south side, where the walls aren’t as heavy with vines, I can see the ghost of wood stairs angling up to the second floor.

And yet there are old signs of tribute: a white plastic planter is on the old concrete porch and there are long-dead flowers, roses perhaps, wrapped in clear plastic and tied with ribbon. 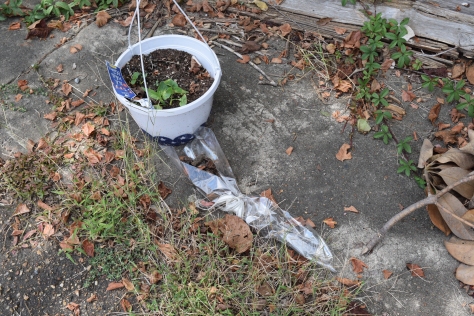 So people have come here to remember Emmett Till and 1955, which is why we’re here, too. The institutionalized and relentless subjugation, the brutality of the murder,  the callous indifference of those who committed it and those who acquitted them, is beyond my comprehension.

And though it seems like a poor effort on our part to even stop here, we would have been remiss in simply passing by.

History like this has to be remembered, because it will confront us again and again and again. I think of the white supremacist march in Charlottesville, Va., in August 2017, for example, and I wonder how those people would have treated Emmett Till. 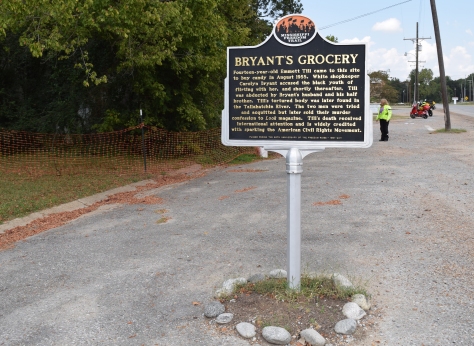 As we prepare to leave, I find thick shards of glass on the concrete porch, small pieces of a shattered front window. I consider taking one for a colleague I respect, a journalist and virtual civil-rights scholar.

I hold the glass for a while, thinking about putting it in Terra Nova’s tankbag, but it doesn’t seem right. It’s like stealing from a cemetery. I put it back but I tell my colleague about it after Linda and I get home.

“You did the right thing,” she says. “You were on hallowed ground.” 1 — He was identified by a ring on his hand.

2 — After decades of silence, Carolyn Bryant, now 83, recanted her testimony in 2007. In an interview with historian Timothy Tyson, she said Till did not accost her or touch her. She was unable to say exactly what Till did in the store that day, but she did say, “Nothing that boy did could ever justify what happened to him.” Her memoirs are at the Southern Historical Collection at the University of North Carolina Chapel Hill archives but won’t be made public until 2036.

3 — Rosa Parks, who refused to give up her bus seat to a white man in Montgomery, Ala., on Dec. 1, 1955, is credited with starting the freedom movement. She considered moving to the back of the bus, but, as she told the Rev. Jesse Jackson later, she thought about Emmett Till and “couldn’t do it.”

4 — Till’s body was exhumed in June 2005 as part of a federal investigation into Deep South murders during the Jim Crow era. DNA tests proved conclusively that the body was that of Till, but no new charges were filed. The original glass-topped coffin, which by law could not be reburied, was later found at the cemetery and donated to the Smithsonian’s National Museum of African American History and Culture in 2009.

6 — William Bradford Huie and Look magazine paid Milam, Bryant and their attorney a total of $4,000 for the interview, about $37,000 today, accounting for inflation.

7 — Huie talked to both men again for another Look article that was published on Jan. 22, 1957. He found both had suffered financially after the community turned against them. Black workers refused to work for them and black boycotts shut down their businesses. Even many whites turned against them, some fearing they might be shot, too. It was difficult for the two to get loans for farming.

At the time of the second interview, Milam was driving the same Chevrolet pickup truck in which Till was taken.

Over the years, other details have been brought to light. Tyson’s spellbinding 2017 book, “The Blood of Emmett Till,” lists others present at the time of Till’s death and postulates a relative of Milam pulled the fatal trigger.

8 — The building is reportedly owned by a son of one of the jurors who acquitted Bryant and Milam. Over the years, plans have been floated to turn it into some sort of civil rights museum, but nothing has come to fruition.