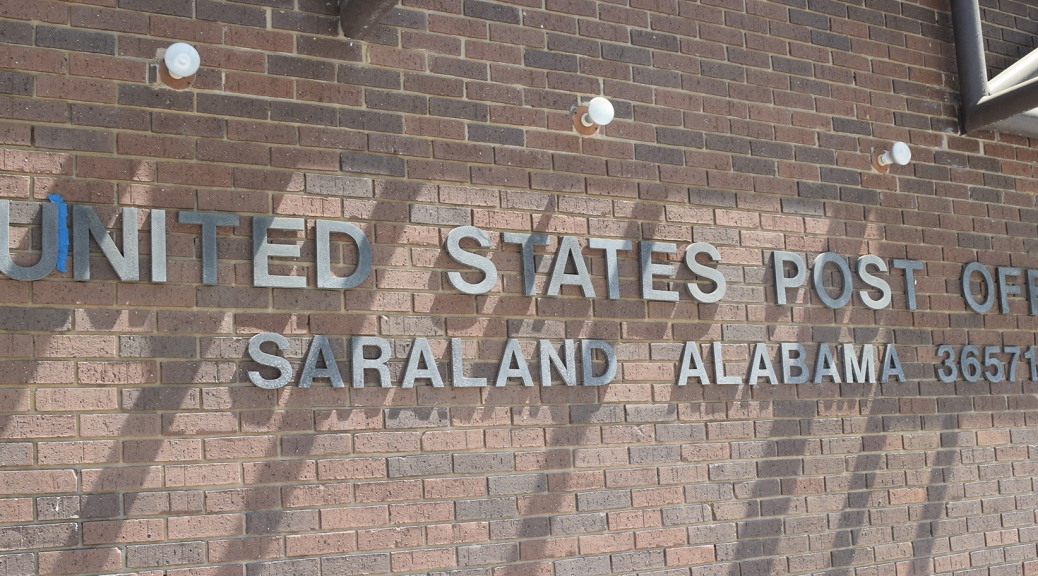 Sept. 12 | Day 6: I sometimes do things for the most trivial of reasons1 and our stop in Saraland, Ala., was one of them.

At work four months earlier, I discovered Saraland by accident while compiling a massive database of retail store closings across the country. By coincidence, I was working with an intern named Sara2, a brilliant graduate student at American University.

“Hey, look,” I wrote when forwarding her the link. “They named a town after you.”

“As well they should,” she said. 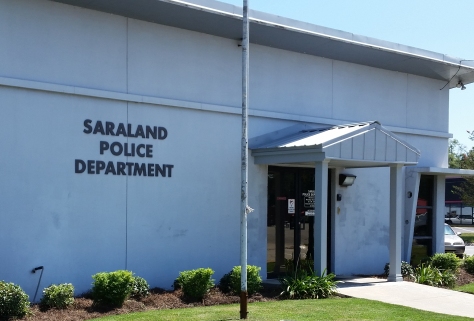 Idly curious, I searched for other Sara-named towns in the U.S. — Saraville, Sara City, Sara Heights — and found only this Saraland, a town of 13,000.

So Saraland became a bit of a running joke between us, though I suspect it was more of a one-way street running from me to her.

The notion of actually visiting Saraland didn’t occur to me until Linda and I decided on New Orleans as the 2017 motorcycle ride. There were places I wanted to see in Alabama on our way outbound and Saraland fell into the flightpath.

That’s why we’re spending a few moments here in Saraland, off I-65 some 43 miles south of Atmore, Ala.

Just for chuckles, I shoot a few Saraland photos and email them to Sara and I find a Hibbett Sports store3 where I get a Spartans athletic shirt. Linda and I have lunch at the Saraland Sonic4.

I’ll carry that shirt aboard Terra Nova all the way back to Virginia. Later, I’ll box it up and send it to her at work. So now Sara has her own Saraland Spartans shirt purchased in Saraland.

Sara and I may never work together again.

But we’ll always have Saraland5.

1 — I once visited the Vietnam Veterans Memorial Wall in Washington, D.C., to see if I could find a Marine mentioned by Michael Herr in his excellent but disturbing book, Dispatches.

2 — Who went on to a better position, job-wise. She’s doing some great work, too.