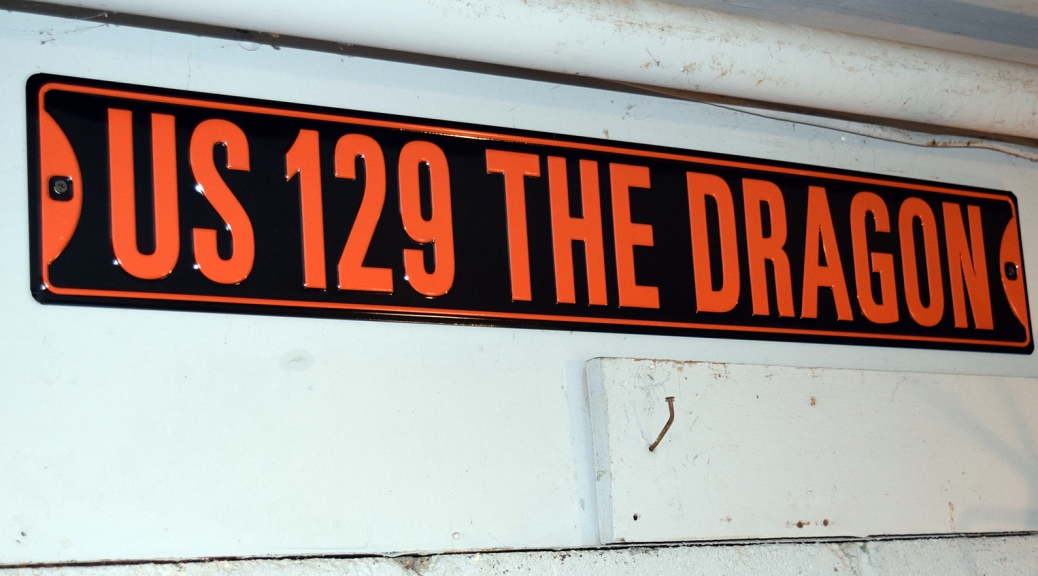 Since our motorcycle travel plans are in a state of coronavirus-inspired limbo, we’ve been taking some time to work on the Nashville house and naturally I’m making motorcycles a part of it.

We go to Starbase Nashville two or three times a year and had a two-day layover on the ride back from New Orleans in 2017, during which I futzed with Linda’s Vespa in an unsuccessful attempt1 to replace the speedometer cable.

It was nice to have that haven, 780 miles from home. It started me thinking about Nashville as a second home of sorts, or at least a second garage.

The notion comes from my father’s garage, I think. He has a two-car space with a workbench in the back, enough wrenches to overhaul the Queen Mary and machine stuff like power saws and grinders and sanders that make life so much easier. And the knowledge to make them work.

So this week, I went through the two-car garage at the Nashville house and got rid of a lot of unneeded stuff. The goal is to make it a motorcycle-friendly place that can be used as a staging area for future rides.

A certain amount of work will be involved. We had the house foundation re-aligned last year and we’re getting a new roof this year. In the garage itself, there’s some water damage I’ll have to fix, starting with power-washing the affected cinderblocks and sealing them.

I’ll paint the interior white, which will brighten up the place considerably, and put in new lighting. We added a second tool chest today, which will help with organization. Race Deck flooring is on the list.

I’m still sorting through plans, but one aspect is definite: Linda loves Vespas, so this will be a Vespa-themed garage, with Vespa art and color scheme. Lowe’s offers multi-color metal pegboard, so I’ll get green, white and red panels and make them into an Italian flag across the back wall. ScooterWest offers clocks, tin signs, thermometers and insane loads of other items as décor.

The whole thing is like creative application of art to a functional2 workspace, I suppose. It’s a nice diversion from this horror of coronavirus and the reassuring feeling that I’m actually accomplishing something with my own two hands.

1 – No Vespa dealer in the area had a replacement cable on hand. The part had to be ordered, which I did when we got home.

2 – Emphasis will be on function, of course; I won’t simply tack up Vespa posters everywhere. We’re talking about a comfortable, well-equipped place to work on your motorcycle in a space with a good amount of Vespa visual references.

2 thoughts on “Forget the Man Cave, Let’s Do a Vespa Garage Instead”