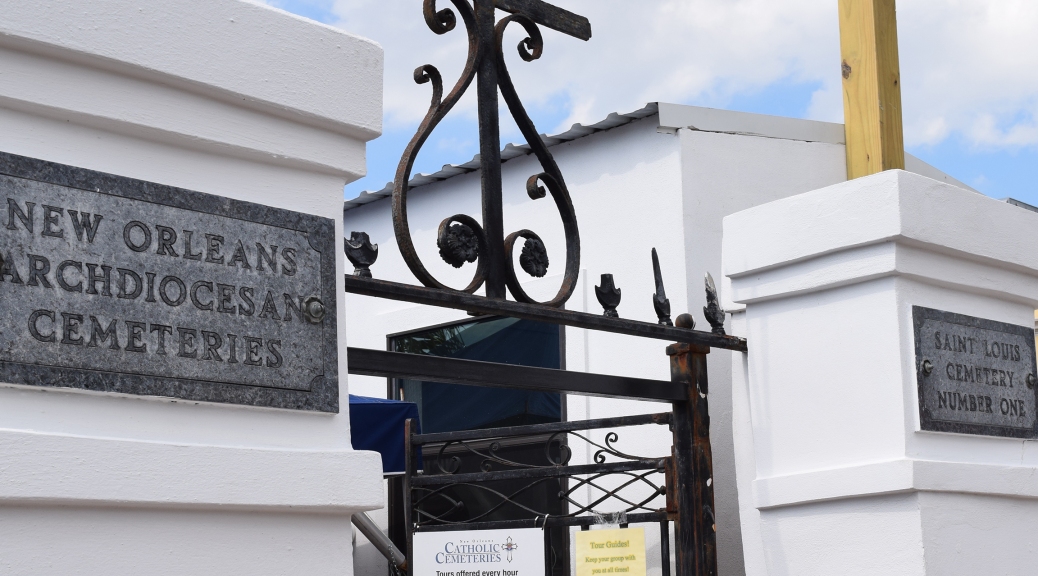 Sept. 15 | Day 9: We didn’t ride to New Orleans because of Easy Rider, but since we were there anyway, why not visit a site that was featured in the movie?

I like to ride motorcycles, so it stands to reason I watch motorcycle movies, though most are admittedly dreadful.

There’s a memorable — some say confusing — New Orleans sequence in which Fonda and Hopper and two prostitutes (Karen Black and Toni Basil) drop acid in a cemetery, have sex, and generally freak out.

Those scenes were shot in New Orleans Cemetery No. 11, which opened in 1789 in the French Quarter. Filming took place without permission and the Catholic Church, which owns the cemetery, was reportedly scandalized when the movie opened.

I’m looking for the large statue that Fonda climbed on, and — using real, personal angst to drive his character in the film — began talking about his mother’s suicide.

As the camera rolled, he used that awful memory to get into his character’s bad trip while sitting on “Italia” in the Italian Benevolent Society Tomb, a mausoleum that was built in 1857 at Cemetery No. 1.

“Italia” is the statue I want to see.

We get to the gate at Cemetery No. 1 and a woman sitting at a card table just inside says, “That’ll be $20 for the tour.”

“Excuse me,” I say. “We’re not with the tour. We just want to look around ourselves.” 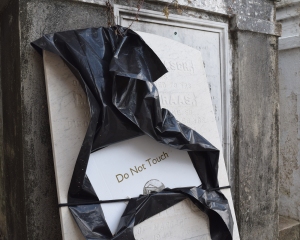 “You have to pay to look around the cemetery?”

And we leave. Forty dollars to look at a cemetery?

I’m rather stunned at this, and I kvetch to Linda on our way back to the hotel. A sign at the gate says tour proceeds are used for the cemetery’s upkeep, but it looks as though most of the money is going elsewhere.

“Oh, yes,” says the hotel concierge upon our return. “They’ve been doing that for years. It helps keep out the vandals. I’m surprised they didn’t charge more.” 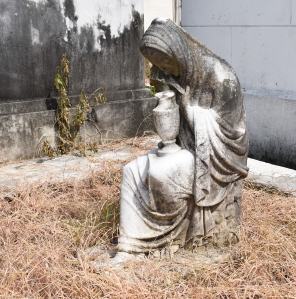 We later find out that the Roman Catholic Diocese of New Orleans closed the cemetery to the public in 2015 but allowed tour companies to pay the diocese for rights to conduct for-pay tours. If you have a relative buried there, you can apply for a permit to visit.

So Cemetery No. 1 is now a for-profit venture.

Still curious about New Orleans cemeteries, we take a streetcar out to the Garden District and Lafayette Cemetery No. 1, built in 1833, where most of these pictures were taken. It reminds me a bit of Père Lachaise in Paris, historic, sobering, haunted.

I later discover that “Italia” has not fared very well. At some point, either by vandals or natural means, the statue’s head has come off, along with one of the hands. Other statues are damaged, too.

Which is obviously pretty sad. Maybe I was too quick to forgo the cemetery tour, but tell me who’s repairing that statue and I’ll be the first to put my contribution directly into their marble-dust-covered hands. 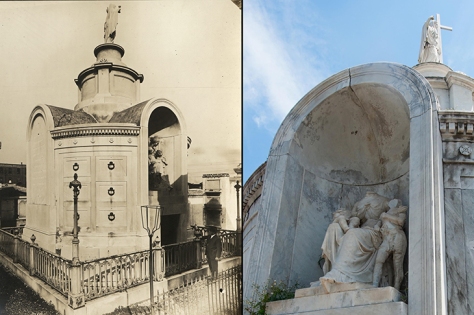 2 — Jane Fonda, writing her memoirs decades later, discovered her mother had been sexually abused as a child.