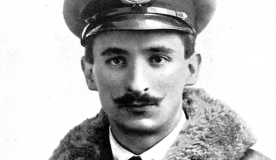 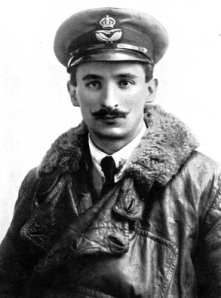 I have much respect for the guys who rode across the country decades ago. Think about it: Bad roads, mechanically questionable bikes, spotty gasoline supply — they make our interstate rides look like spa vacations.

One early rider was C.K. Shepherd, an RAF officer from Birmingham, England. Fresh out of World War I, he bought a four-cylinder motorcycle in New York in 1919, toured the U.S. and finished in San Francisco, leaving June 13 and arriving Aug. 10, covering 4,950 miles.

Those are the dry facts. He bounced across the country and wrote a book titled Across America by Motor-Cycle, which was published in 1922. It’s an expensive book these days and difficult to find, though some companies in the U.S. and UK are republishing it in softcover.

My hardcover copy from e-Bay is a library volume taken out of circulation long ago. It still has the stamped page on the inside back cover; the last date, in red ink, is September 1942.

Shepherd tells his story in a breezy way, but he’s a bit of a British Mark Twain with his Sahara-dry humor. In search of food, he hails a horse-drawn cart:

“Hi, brother, got anything edible on board?” I shouted.
“I gotta lot o’ old boots here,” he replied, evidently in ignorance of the meaning of the word “edible.”

He is given to frequent remarks on language differences, road conditions, hospitality and America in general. He counted how many times he fell: “I was thrown off 142 times, and after that I stopped counting! Apart from that I had no trouble.”

Shepherd provides much detail about his travels — he’s ticketed for speeding near Hagerstown, Maryland. The fine is $25.75, roughly $315 in today’s dollars, and he says. “The idea of that goat-faced Judge and his sleek-eyed friend the “speed cop” having a good dinner together at my expense did not appeal to my better self.”

However, he tells very little about himself or his motorcycle. He doesn’t tell you what brand it is, but stops at a Henderson dealer in Kansas City. But his bike doesn’t look like a Henderson. Close examination of the two bike photos in his book make me believe it’s from the short-lived Ace Motorcycle Company of Philadelphia. One of the Henderson brothers started Ace in 1919.

Shepherd traveled partly on the Pike’s Peak Ocean-to-Ocean Highway, one of the first transcontinental roads. Instead of numbers, the PPOO, like the Lincoln Highway and others, had names in the romantic era of early road building. The idea was to drum up public support for funds to build and maintain the roads. But the captain was not impressed by American roads of the era: 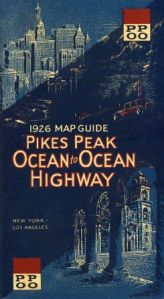 “In theory I was traveling on the “Dixie Highway,” reputed (by advertisements theron appearing) to be “the finest and most luxurious highway in the States.” As far as my experience, I found it paved with good intentions and bad cobblestones.”

3 thoughts on “The Intrepid Captain Shepherd”