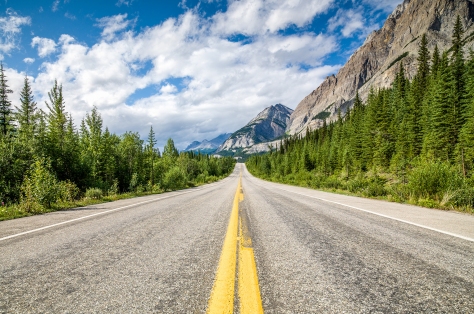 It started Feb. 19 with the death of Stephen Wargo, one of my oldest and best friends, continued with my mother unexpectedly dying in a hospital on April 15, and persisted with a motorcycle-riding colleague getting killed June 8 while riding a bike.

All those dates, now etched in marble somewhere. An awful year.

Emotionally detached, I went into near-stasis for weeks, focusing on what only needed to be done at that moment. Just numb, no energy or desire for anything else. Everything pretty much went to hell.

Straight to hell, including the motorcycles, which waited silently as I tried to figure out what to do. The covers never came off Linda’s scooters. The battery aboard Endurance flatlined from lack of use. I think I commuted to work on Terra Nova exactly once. 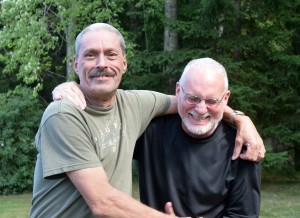 The one thing we had to do was not give up our annual motorcycle ride. Linda and I have been doing long-distance rides since 1999, with an unbroken string since 2007.

We rode two-up for years, but started riding our own separate bikes in 2013. The only criteria is that we go someplace we’ve never gone before. Someplace with meaning.

At first we looked overseas, with thoughts of renting a bike in Vietnam, Australia, or the U.K.

The U.K. took the lead for a while. I even put up a Michelin map of Great Britain in the hallway and circled destinations like Dundee, Scotland, where Scott and Shackleton’s ship, the RSS Discovery, is now a floating museum; and Dorset, England, where T.E. Lawrence lived at his Clouds Hill cottage.

I highlighted Portmeirion, the tourist village in Gwynedd, North Wales, where Patrick McGoohan filmed The Prisoner back in 1966. 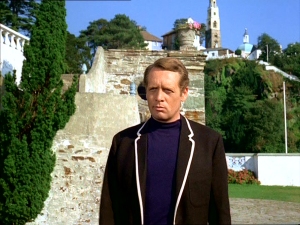 And RAF Fairford, an air base not far from London where my father was stationed in the early 1950s while he was in the Air Force.

But Linda underwent extensive foot surgery in June and the recovery process was slow and painful; she did not think she could safely ride her own bike. Then other circumstances intervened and we regretfully decided it was not prudent to go overseas this year.

That left a domestic ride, with us going two-up on Terra Nova, my Yamaha Super Tenere. But where to go?

He’d hitchhiked to Colorado in 1978 or thereabouts, an epic adventure, with two high school friends. They went to see Wargo’s older brother George, who left Ohio for the adventurous Rockies, made a life there, and never looked back.

I remembered the last conversation Wargo and I had in person, in November 2017; I was getting ready to leave and we were standing outside in his driveway, saying our good-byes. He was talking about Colorado and how much he loved it and how he wanted to retire and move there. 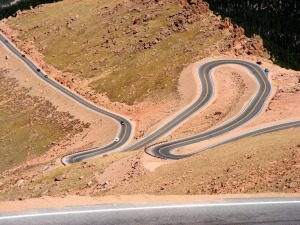 “It’s like nowhere else, dude,” he said. “It’s beautiful. I really want to go back.”

I thought, well, maybe that’s a trip we could take sometime, and I said something to that effect, and we laughed and nodded and said yes, maybe we could because we stupidly thought we had time.

And then I went home and three months later things started falling apart and I found myself at his funeral in February, giving his eulogy, being his pallbearer, and remembering everything we talked about, especially Colorado.

Colorado. Linda and I crossed the state while traveling from Reno to Washington, D.C., but never spent significant time there. Going two-up on Terra Nova meant we could go farther, even travel cross-country as we did before.

And so the ideas gradually came together and hammered at me: Wargo. Two-up. Farther. Colorado. Of course. Why did I not see this before?

We’ll leave Aug. 31, burn west across I-70 and see what Wargo saw back in 1978. We’ll go to Golden, where Wargo’s older brother George lived, pay homage at George’s grave in Arvada, ride to the summit of Pike’s Peak2, and then loop south through the San Juan Mountains up to Montrose and visit Wargo’s nephew Stephan (George’s son). 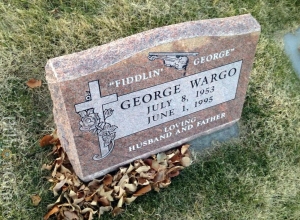 I’ve contacted Stephan to let him know we’re coming and I’ve let Wargo’s sisters know of our plans. I’ve reached out to Wargo’s friends and the two guys who were with him on that epic hitch-hiking odyssey 40+ years ago; I hope to talk with them soon.

The ride will be a bit of a challenge; we haven’t ridden two-up since 2012, when we went to Glacier National Park aboard Endurance. We’ll have to pack super-light. We’ll be in the Rockies so we’ll have to prep for heat, cold and rain.

I’ll take a framed photograph of Wargo and leave it with his brother George. And I’ll find one rock, just one, from the Colorado mountains and leave it with Wargo when I visit the Northfield-Macedonia Cemetery.

I’ll try to see Colorado the way Steve saw it. I think it won’t be difficult, because — like the Third Man in T.S. Eliot’s The Waste Land3 — he’ll be there with me.

And while this Colorado motorcycle ride won’t restore what we’ve lost, it will make 2018 just a bit less awful.

1 — We most always called each other by our last names. It was just one of those things.

2 — I started thinking about Pike’s Peak while considering Colorado; I’d read “Across America by Motor-Cycle,” a 1922 book by C.H. Shepherd, an RAF officer who rode a motorcycle from New York to San Francisco after World War I. Linda and I visited Steve in July 2016, the first time I’d seen him in years; he was wearing a Colorado T-shirt. I went looking for a photo of that shirt (for the top of this page) and was surprised to see Pike’s Peak there, too. It conferred further blessing on the mission.

3 — “Who is the third who walks always beside you?
When I count, there are only you and I together
But when I look ahead up the white road
There is always another one walking beside you
Gliding wrapt in a brown mantle, hooded
I do not know whether a man or a woman
-But who is that on the other side of you?”

3 thoughts on “The Next Ride, Or: Salvaging An Awful Year”